As part of our campaign we are engaging with bike riders of all kinds to gauge their opinion on cycling to, from and within Waterbeach. This week we are hearing from Tess. 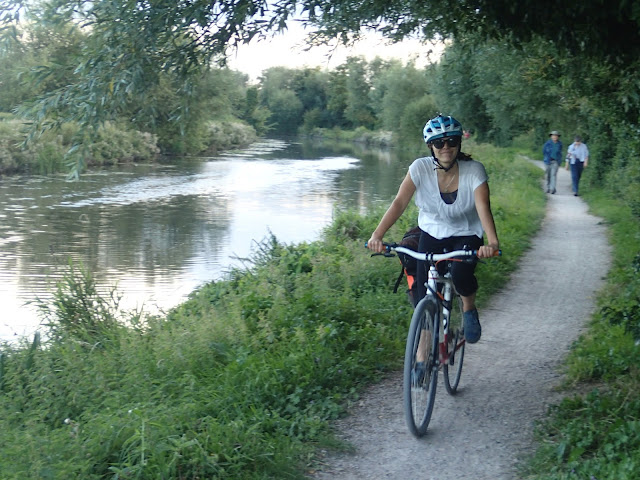 Q1: Who are you and whereabouts do you live?


My name is Tess and I live on Station Road.


Q2: What appeals to you about cycling in and around Waterbeach?

Waterbeach is in such a great location, surround by nature reserves and villages as well as being a just stone’s throw from Cambridge. Being able to cycle to all these destinations means I get some good exercise and see the seasons change day by day. It also saves me a lot of money and I don’t have to worry about getting a train ticket or parking a car.

Q3: How often are you on out on your bike?

I commute into Cambridge each day during the week, all year round using the river path. On weekends I often ride out on to the surrounding fenlands to visit cafes or country pubs.

Q4: How would you like to see cycling infrastructure improved?

Whilst I am really grateful for the river path and the way it enables me to avoid the dangers and pollution of the A10 “route”, it is indirect and can sometimes get busy with other path users. It is also very dark during winter months and a little spooky on misty nights. For me it would be ideal if there was a more direct, bicycle friendly path with some form of lighting similar to the path between Milton and Landbeach.

Q5: What are your views on the proposed “New town” and its potential impact on you as a cyclist within the existing village?

I am generally receptive to the new town and feel it could offer a lot of benefits to the village, and I look forward to adding it as a new destination on my cycling trips. However, I am concerned about increasing car traffic through the existing village as residents of the new town look for ways to avoid the tailbacks on the A10 or cut through to Cambridge east. Given the village’s narrow streets, and particularly Station Road are already jam packed most mornings and evenings, throwing more cars into the mix would make life more risky for those of us who chose to get around on foot or by bike.
Newer Post Home